The provision of financial support is under the ACPC’s Survival and Recovery Assistance as part of Bangon Marawi Comprehensive Rehabilitation and Reconstruction Program. Said calamity funds aim to help farmers and fisherfolk, affected by the Marawi siege, to rehabilitate their agri-fishery livelihood.

The delivery of P5,000 to each beneficiary was thru ATM cards aptly named “Kababayaan E-Card” (Love E-Card) issued by the United Coconut Planters Bank (UCPB) which serves as cashiering bank for the program.

Prior to the provision of the cash assistance, the beneficiaries were given orientations and financial literacy training (e.g. preparation of farm plan and budget) to teach them how to best handle their financial resources. 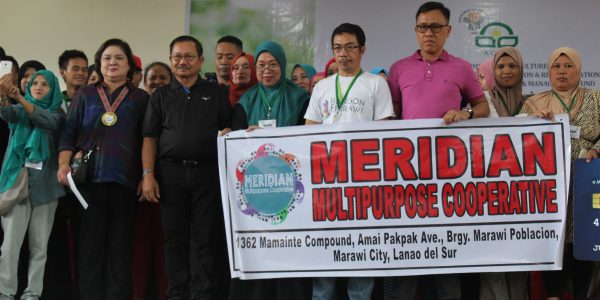