The award recognizes exemplary contributions of small farmer/fisherfolk organization (SFFO) in the upliftment of the quality of life of the Filipino farmers/fisherfolk in the community and in promoting agricultural development in the country.

The GSAC, the entry of DA Regional Field Office (DA-RFO) 5, was chosen by the 5-man Board of Judges (BOJ) during the Gawad Saka BOJ Deliberation held on October 6, 2017 at the Agricultural Training Institute (ATI) in Diliman, Quezon City. The BOJ conducted the final review, evaluation and selection of winner among the top three (3) national finalists presented by the Gawad Saka OSFFO National Technical Committee (NTC).

In selecting the national winner, the BOJ, headed by former Asst. Director of the Agricultural Training Institute (ATI) Alberto B. Maningding and now Chairman of the Municipal Agricultural and Fishery Council (MAFC) of Calasiao, Pangasinan, gave credence not only to the overall performance of the nominees over the two-year period but also to their potential for growth beyond the awarding period.

Prior to being this year’s OSFFO awardee, GSAC was recognized by the Villar Social Institute for Poverty Alleviation and Governance (SIPAG) for its various community enterprises which serve as models of good practices in income generation and poverty reduction.

The Gubat St. Anthony Cooperative was formed out of the need to uplift the economic and social well-being of the members and its community. Established in 1964, GSAC started out with an initial funding of P222 pooled from the 30 founding members for its lending activity. From a single-line operation, GSAC now offers multifarious services to address the needs of its 25,000 members from “womb to tomb”. The cooperative now has more than P1 billion in total assets. GSAC’s future plan is to venture into manufacturing and export to be able to empower its members and maximize profit.

GSAC will be awarded with a Presidential Citation for its achievement along with a P300,000 worth of project grant and P50,000 cash award in a ceremony at the Malacañang Palace in 2018.

The Gawad Saka Search for Outstanding Achievers in Agriculture and Fisheries is an annual recognition given to individuals and groups in various categories that showed outstanding performance in the agriculture and fisheries sector. Awardees were also judged based on their conformity to the DA’s revitalized programs on food security and sufficiency in the face of global food crisis. GSAC run its own farm level grains center which was availed from the National Food Authority (NFA). The use of Post-Harvest facilities by farmers lessened Post-Harvest losses and improve the quality of produce that commands better market price 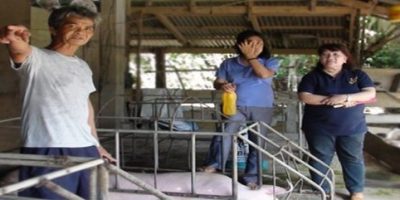 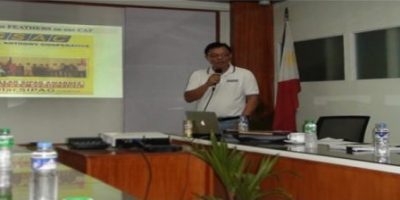