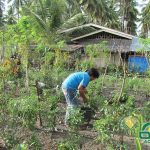 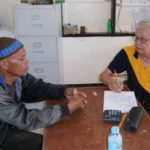 The Agricultural Credit Policy Council (ACPC) has embarked on a benchmark survey for the Agricultural-Fisheries Financing Program (AFFP) under the AMCFP. The survey, which started in the second semester of 2014 and is expected to finish by the end of the first semester of 2015, is aimed at collecting baseline data on specific indicators that will be useful in monitoring and assessing the AMCFP-AFFP’s progress continue reading : Benchmarking Project for the AMCFP-AFFP Begins