In its goal to attain inclusive economic growth, one of the specific objectives of the administration of Pres. Benigno S. Aquino III (PNoy) is to strengthen the agricultural sector. One of the major strategies identified towards the attainment of this is to make credit more accessible to small farmers and fisherfolk to help in the improvement of their productivity and, thereby, the improvement of their household incomes as well. Under the 1997 Agriculture and Fisheries Modernization Act (AFMA), government should have appropriated a funding of P2.0 billion for the Agro-Industry Modernization Credit and Financing Program (AMCFP) in the first year of its implementation. Subsequent supplemental funding for the AMCFP should have been P1.7 billion per year over the succeeding six years thereafter. Had this been followed, it should have resulted in P12.2 billion in total government funding for agri-fishery credit by the time the implementation of AFMa was terminated in 2004.

Yet, it was only during the PNoy Administration – sixteen years after the enactment of AFMA – that government finally allocated a budget for small farmers and fisherfolk credit. Prior to the PNoy Administration, the AMCFP was being implemented on a very limited scale through loan funds collected and consolidated by the Agricultural Credit Policy Council (ACPC) from previous agricultural credit programs that had already been terminated.

Here are the highlights of the PNoy Administration’s accomplishments in its strategy to make credit more accessible to small farmers and fisherfolk, as of February 2015:

Table1. Status of Funding for Small Farmers and Fisherfolk Credit

Table 3.  Number of Small Farmers and Fisherfolk Borrowers and Percent Increase/Decrease per Year (2010-2014) 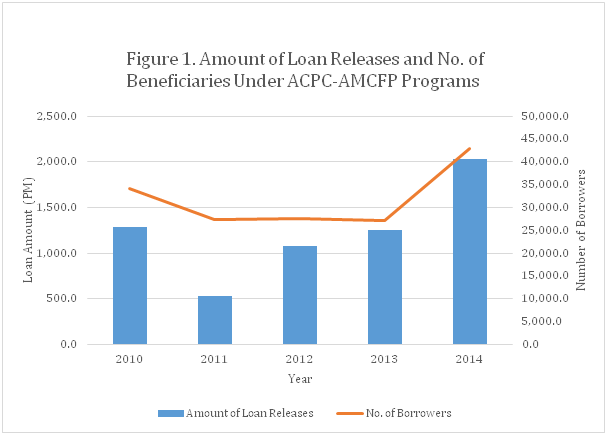 Table 4.  Amount of Loans Released and Number of Borrowers under the DA-ACPC Calamity Assistance Program for Small Farmers and Fisherfolk (2010-Dec. 2014)